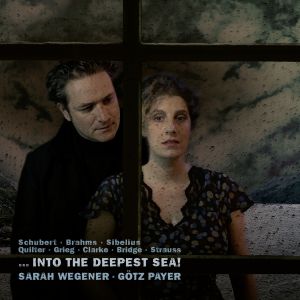 “In this day and age, why another CD featuring art song? From different sources we hear that art song is going through a crisis, and that the traditional vocal recital format lacks an audience and is no longer up-to-date.

Many people seem to regard the Lied genre as elitist, musty and outmoded. How can one explain this? The act of singing, in itself, cannot be the problem. People are fortunately still singing in many different contexts and venues: in nurseries, schools, choirs, in the shower, and in television contests. What comes more naturally to a human being than singing songs? Perhaps we should avoid terms such as “Lied” and “art song”. They might sound too artificial. Perhaps the supposed lack of interest has to do with the texts, which are sometimes more than two centuries old…

Nevertheless, for us the answer is clear: these songs and texts have lost nothing of their current relevance. They still have the capacity to profoundly stir the emotions of listeners and performers. In short: the “Lied” lives on!..... Like the forest, the sea is a literary topos of yearning: elementary and profound like love itself, as stormy as unbridled passion. And it can become the place where we meet face to face with Death…..

Two particular aspects were important to us in making this recording. On the one hand, we wanted to avoid the above-mentioned artificiality by striving to make music in a passionate, authentic manner, following the natural curves of speech. This inspired us, in turn, to apply a thoroughly personal, undogmatic approach to the songs we had chosen. On the other hand, we knew we did not want to amass a loose collection of songs or groups of songs. We wanted to have a unifying element, a thread that would run through the entire programme and would enable us to feature the most varied types of composition alongside one another in a meaningful way………”