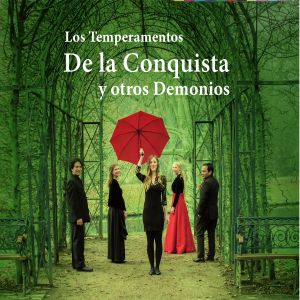 In the fifteenth century, the European “Conquistadores” landed in the Caribbean with the intention of claiming for their own the American continent and everything on it. This marked the gruesome beginning of a new era and led to the radical extermination of entire cultures and the destruction of valuable traditions and artifacts. Through the exploitation of slave labor and the land’s natural resources, the invaders amassed unimaginable riches, much of which flowed into the cultural centers of Europe and supported the creation of famous works that still fill enormous libraries, museums and concert halls today. The extent and richness of the indigenous musical traditions of Central and South America, on the other hand, is difficult to reconstruct, since its oral traditions have left few traces of musical practice. However, those willing to take on the task will uncover interesting connections and relationships. Indigenous art survived in the most varied forms –intermingled, for instance, with the music that Europeans imported from the “Old World,” and later with the traditions brought by the people taken from Africa as slaves. Europeans returning from the Americas brought the music of the New World with
them, significantly impacting the development of music in their homelands. With the Iberian peninsula and the Spanish territories in the Netherlands and Italy acting as portals, the exotic sounds of Latin America – and all that went along with them – found entry into
Europe.