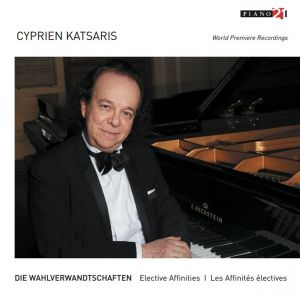 After more than twenty years of recording for the major labels, I decided to create my own. The venture was launched in January 2001, at the dawn of the 21st century; hence my choice of PIANO 21 as an appropriate title. This is the vehicle for my own recordings, some of them of live performances. They comprise both new recordings and tracks from private and radiophonic archives from various countries as well as re-issues. PIANO 21 gives expression to my twofold passion to share not only music from the major repertoire – naturally – but also the discovery of rare and less well known works.