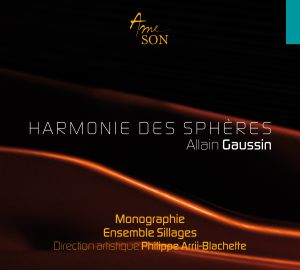 The composer Allain Gaussin is a noted French composer from Normandy, who studied composition at the Conservatoire national superieur de musique in Paris with Messiaen.

Part 2 "Malaise teenager" is a musical interlude and finally "quantum Movements" (Part 3) takes us into another world, that of the infinitely small, probably where the universe was created.