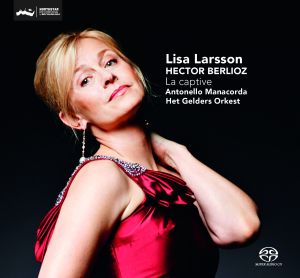 Challenge Classics
0608917263923 | CC 72639 | 1SACD
Before winning the Prix de Rome in 1830 with the fairly scholastic cantata La mort de Sardanapale, Berlioz had already submitted attempts in the form of La mort d’Orphée (1827), Herminie (1828) and La mort de Cléopâtre (1829). Herminie was outstripped by the submission made by Ross-Despréaux and only came second. The cantata Herminie would survive, however, not least because Berlioz derived the idée fixe from his Symphonie Fantastique. The cantata, to a text by Pierre-Ange Vieillard, was inspired by Tasso’s ‘Gerusalemme liberata’, an epic set during the Crusades. And then, following the failures of Orphée and Herminie, came the third attempt. In that particular year, the jury decided not to award any first prize. It was only the next year that he succeeded in satisfying the jury, when he obediently followed the advice he had been given with the less colourful and much shorter cantata La mort de Sardanapale. Winning the Prix de Rome allowed the victor to spend two years in the Eternal City. Berlioz complained about all manner of things in Italy, from the demise of sacred music to the general ignorance of music in the country. All that I could produce for the Académie was confined to three or four pieces.’ One of these pieces was the song La captive, whose success he could not have predicted.