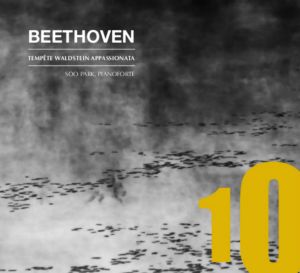 Herisson
3770002538050 | LH 10 | 1CD
Although the three sonatas recorded here are amongst the most frequently performed of Beethoven’s works, it is far rarer to hear them played on a pianoforte of the time.  On this recording, Soo Park has chosen to replace these works in the instrumental context in which they were created, a period sometimes known as Beethoven’s “second period”. The sonatas were composed during the brief period spanning 1801-1806, that is to say exactly the same period that also saw the arrival of the Jakob Weimes pianoforte used here.

It allows the performer to scrupulously respect the text of the sonatas, for which we consulted the original editions and autographs, paying particular attention to pedal indications (noted in obsessive detail by Beethoven, who attached great importance to them): intended for the instruments of the time, they can only be followed on a pianoforte.

By playing these sonatas on the piano that first played them, we feel the composer’s joy in exploiting the pianoforte’s recently acquired capacities, and Beethoven’s transgressive force becomes evident because the instrument is being pushed to its limits.