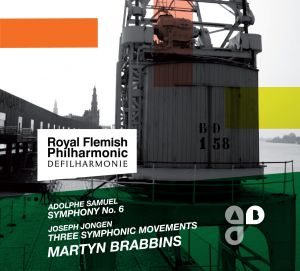 The second Belgian Boutique CD combines works by two composers from the South of Belgium. First there is the mystical, Wagnerian Sixth Symphony by Jewish composer Adolphe Samuel, in which he presents the story of the Creation. Then there is Joseph Jongen’s last orchestral piece, the neo-impressionist Three Symphonic Movements. ‘It is all extraordinary music, very special and spectacular’, conductor Martyn Brabbins explains. ‘You can really feel that Belgian music is situated somewhere between the French and the German repertoire. As a Brit, I find it extremely interesting to discover this unexplored repertoire.’