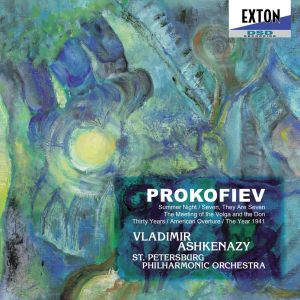 Exton
4526977003234 | OVCL 323 | 1CD
A 20th-century Russian composer, Sergei Prokofiev (1891-1953) is well known for his symphonic fairy tale "Peter and the Wolf", the ballets "Romeo and Juliet" and "Cinderella", piano sonatas, concertos, and the "Classical Symphony", etc. These representative works, characterized by familiar melodies, lyrics, vivid toccatas, and clarity with a strong tonic emphasis, are still often performed.  On the other hand, the works on this CD are rarely played or recorded. These pieces enable us to imagine the composer living through the violent changes of the first half of the 20th century. Though he never used his music to transmit a radical message, he devoted himself to music. But in fact the circumstances of his life, such as the Russian Revolution, living in foreign countries, World Wars, and the social order of the former Soviet Union which compelled him to compromise, sometimes had a deep influence on his music…
(excerpts from the CD linernote)