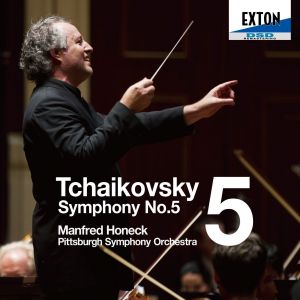 Exton
4526977004439 | OVCL 443 | 1CD
“There is hardly another composer so stuck with the cliché of being sentimental or noisy as Tchaikovsky. Not that it would be necessary to deny the sentiment or the triumphant fortissimo in his music - for me the secret is not to enhance these traits, as they have, according to Gustav Mahler, already been "composed into" the music. Otherwise sentiment will become insufferable mawkishness and a triumphant march turns into nothing but hysterical racket. This might be why many consider this piece as bombastic and overplayed, but in my point of view this symphony is one of the most profound of its time and deserves to be treated with the utmost respect.
In his notebook Tchaikovsky hinted at a program for the Fifth Symphony. The question of whether or not Tchaikovsky oriented himself towards Beethoven's Fifth Symphony (known as "Fate") might be interesting, but in the end is not of vital importance here. Rather, it is essential to watch the tiniest details of the varying moods and let every musical phrase become part of the whole story. [......] “ (by Manfred Honeck)