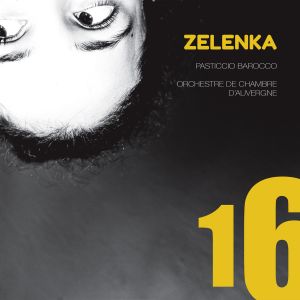 In the text accompanying the previous volume of this anthology of Zelenka’s music (LH05: Sonatas 4, 5 & 6) by the Pasticcio Barocco Ensemble, I borrowed Pisendel’s metaphor of the almond as a guide to the music of this enigmatic composer. Upon transmitting a score to his friend Telemann, Pisendel expressed the wish that the former would “taste many, many of the sweet fruits of this almond tree”, thus creating a parallel between Zelenka’s music and the symbolism of “shell” and “kernel”; “secret” and “knowledge”. We know so little of Zelenka’s life that there is little one can add to the first text. Zelenka did not seem to want to be remembered other than by his music. The particularity of hermeticism is to keep a secret, not to reveal it.

It is probable that in using this analogy, Pisendel was hinting at alchemy. Many composers of the time practised the secrets of their art in the hermetic mode. It should be remembered that the only work printed in Zelenka’s lifetime was, in fact, an enigmatic canon (ZWV191). It is clear that historically, for a long time, reception of Zelenka’s work highlighted the idea of strangeness. How would he have responded to this? Carl Philipp Emanuel Bach for example, categorically refuted this label that had often been attached to him too. What is certain is that Zelenka was a demanding composer. At a time when the search for simplicity had arrived from Italy and taken hold in the Dresden community in which he lived, he made constant use of counterpoint. The length of certain movements is also unusual for the time: 216 bars for the finale of the first sonata, 246 for that of the second. The two sonatas, Sonata I in F major and Sonata II in G minor, conclude the recording of Zelenka’s complete sonatas for two oboes, bassoon and basso continuo by the Pasticcio Barocco Ensemble. The third sonata has been omitted because it is the only one for violin, oboe, bassoon and basso continuo and poses complex textual problems since Zelenka did not indicate a basso continuo part.

If the dating of these sonatas (between 1714 and 1723 depending on the author) and the place where they were composed (Vienna or Prague?) remain problematic, the same cannot be said of the two orchestral pieces on this CD: Hipocondrie à 7 con[certanti] ZWV187 and Simphonie à 8 Concer[tanti] ZWV189. The manuscript they are to be found in clearly states fatti in fretta à Praga 1723 (composed in haste in Prague). Since we know that Zelenka was present, we can imagine that the festivities surrounding the coronation of the Emperor Charles VI and the Empress Elizabeth Cristina as king and queen of Bohemia might have been the occasion for which they were written, which would explain the haste. Nevertheless, is a piece entitled Hipocondrie really suitable for a coronation? At the time however, “hypochondria” had a much broader meaning than it does today since it was applied to a spectrum of mental illnesses that also included the term “melancholia”. In form, it is a typical French-style overture with its classical instrumentation for two oboes, bassoon and strings and in three parts, slow-fast-slow. Could it be that this alternation, inherent in the French overture, between a slow introduction with dotted rhythms and a fast central fugal section, represents an invitation consider it, prompted by the title, as the two opposing poles of a single personality?

As for the Simphonie à 8, this belongs to the genre of the concerto grosso, the concertino made up of the oboe, bassoon, violin and ‘cello, playing in varying combinations, in the midst of the string ripieno, in a manner that heralds the sinfonia concertante of the classical period. So the introductory Sinfonia highlights the solo violin whilst the following Andante is scored only for oboe, solo violin, bassoon and basso continuo. The following Capriccio (Tempo di Gavotta) does not contain a solo, whilst the Aria da Capriccio once again calls for soloists, alternating between Andante and Allegro. The two minuets that conclude the work return to an orchestral tutti. It is worth noting that the indication Capriccio, which designates two movements here, occurs frequently in Zelenka’s writing. Although historically this designated contrapuntal movements, here it would seem to indicate a capricious, whimsical character. The alternating tempi in the Aria unquestionably bear this out, as do the rocketing upward runs of the Tempo di Gavotta. Zelenka’s predilection for the term would seem to lead us if not towards his strangeness, at least towards his uniqueness. It is interesting to note that the term was in vogue with painters at exactly the same period and described imaginary architectural views - contrary to vedute that represented real landscapes - thereby taking us into a mental landscape, detached from architectural rules. Like the caprice, used as a metonym for the state of mind that generated a work, it is through his works that Zelenka, whose real life seems to have been filled with bitterness and disappointment, now comes alive for us.

Well, once cracked / The nut, how glad my tooth the kernel grinds!